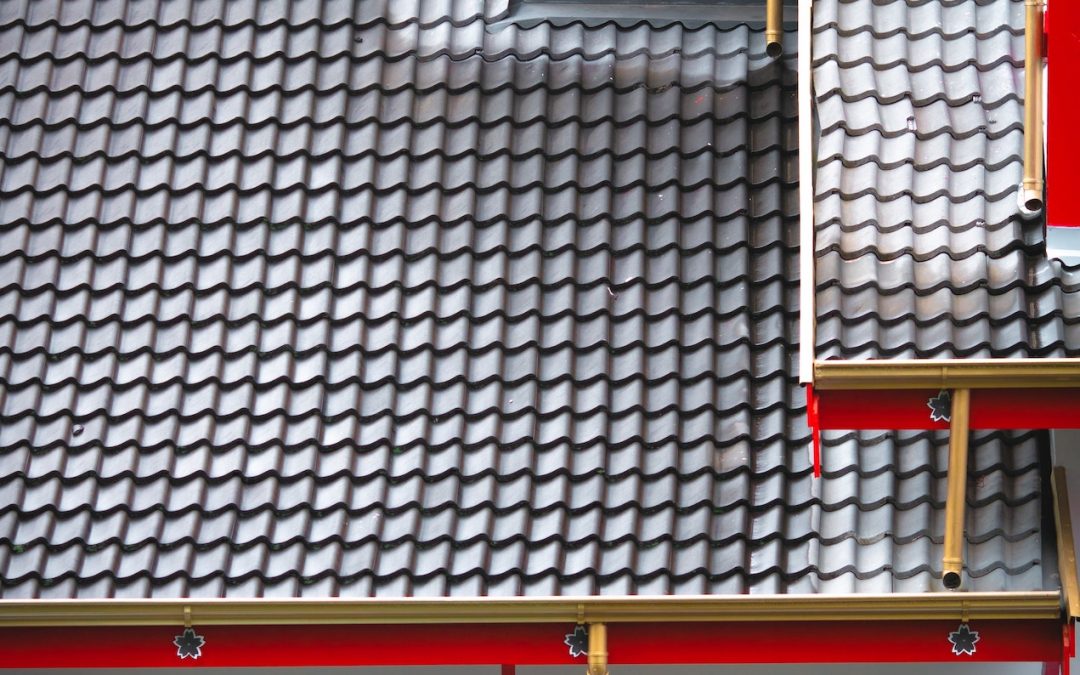 ALL ABOUT ROOF CLEANING – by Dr. Victor H. Morgenroth

About the author:
Dr. Morgenroth is a Keys Gate resident who  is a semi-retired, adjunct professor of neurology at UM.  He was a principal administrator in the Environment Health and Safety Division of the Organization for Economic Cooperation and Development (OECD) for 20 years; prior to that he was a Group Leader in the Toxicology Division at the Center for Food Safety and Nutrition in the US Food and Drug Administration (FDA).  Previously, he was on the faculty of several medical schools in neurology, pharmacology and psychiatry.

Having your roof cleaned actually makes sense.
I know most of us were slightly put out by receiving a roof cleaning notice from the Keys Gate Management Association. Although it read a little like an ultimatum and you probably wondered who the inspector of your roof was and what their qualifications were, it turns out that roof cleaning is not a bad idea at all.

It isn’t just aesthetics.
While people like to say that dirty roofs lower a property’s value and may make it hard to sell, the “dirt” on a roof actually shortens its life span and can even present a health hazard. Furthermore, the “dark stains” on a roof act as a sponge to absorb the sun’s heat, which causes a rise in the temperature inside a home or building, creating higher air conditioning bills.

It’s Alive!
The dirt isn’t just dust – It’s alive! Some of the black or very dark roof stains are caused by a resilient type of algae, Gloeocapsa magma (a type of blue-green algae commonly found in climates with warm, humid summers). The algae grow in standing water, as well as in our lakes and ponds. The algal spores are carried to our roofs from the water sources by the wind and birds, and then from roof to roof where it grows and feeds on the limestone filler in asphalt shingles and the real dirt on tile roofs maybe in some cases the tiles themselves. Worse still, as the algae grow, they retain water and foster the growth of other roof inhabitants.

Black Stains
The black stains are also very likely to harbor a number of molds or fungi. Unlike algae the fungi on our roofs lacks chlorophyll. They are unable to manufacture food from raw materials. So, it must get nutrition from some form of organic matter. To thrive, these heterotrophs, who used to be called saprophytes, also require a warm, humid environment.

Fungi
Fungi normally begin their life cycle as an airborne spore that settles on roofs, especially the asphalt-shingle ones. The spores on the northern exposure of the roof stand a better chance of survival because that portion of the roof is the last part to dry after a rain or morning dew. This raises the humidity on the surface of the shingle, thus creating a perfect feeding and breeding ground.

Tar
The tar used in roofing is fossilized, dead organic matter — and an important food source for fungi. Asphalt, at the granule base, is normally consumed first. Once these granules dislodge, accelerated deterioration will occur. Ceramic granules represent the outer hard shell that protects against hail and other falling debris. Ceramic granules protect against damaging UV radiation and insulate the roof against extreme heat. So you can understand that their dislodgement by the growing fungal colonies can be detrimental to our roofs’ longevity. Surprisingly, the blue-green algae are also food for the fungi.

Health Danger
While not all mold (fungi) and algae pose a health danger, some are harmful, especially for us older folks, younger children and people who suffer from asthma and respiratory problems. Their spores, which are on your roof, can get inside your home because they end up on the driveway and walkways from rain, and are easily tracked inside. They can even be drawn into our air conditioning systems and eventually populate our ducts.

For those interested, this box describes some of the most common fungi likely to be found on our roofs and their possible health effects. While “sick building syndrome” has been talked about frequently in the media, it isn’t always reported that this syndrome is often caused by faulty or leaking roof assemblies that result in fungal infestations. It isn’t, as reported, always due to chemicals in carpeting.

Immune Systems
Most of us have immune systems that are fully capable of resisting the effects of fungi described below. As a result it would be highly unlikely for any of us to suffer any of the ill effects described. But if fungal colonies are allowed to persist and multiply then the high concentrations of the molds and their volatile organic chemical metabolites might be sufficient to increase the risks from our exposure to them.

Stachybotrys Chartarum
Stachybotrys chartarum (atra) molds can thrive on water damaged, cellulose-rich material in buildings such as sheet rock, paper, ceiling tiles, insulation backing, wallpaper, etc. In the majority of cases where Stachybotrys is found indoors, water damage has gone unnoticed or ignored since it requires extended periods of time with increased levels of moisture for growth to occur. Stachybotrys is usually black and slimy in appearance. Events of water intrusion that are not addressed quickly tends to support the growth of more xerophilic fungi such as Pencillium and Aspergillus.

Stachybotrys
Stachybotrys is another fungi that has the ability to produce mycotoxins, ones that are toxic and can be immunosuppressive. Exposure to these mycotoxins can result through inhalation, ingestion, and dermal exposure. Symptoms of exposure include dermatitis, cough, rhinitis, nose bleeds, cold and flu-like symptoms, headache, general malaise, and fever.

Cladosporium
The Cladosporium genera of mold are pigmented dark green to black in the front, and black on the reverse with a velvety to powdery texture.  One of the most commonly isolated from indoor and outdoor air, Cladosporium spp. are found on decaying plants, woody plants, food, straw, soil, paint, textiles, and the surface of fiberglass duct liner in the interior of supply ducts.

There are over 30 species in the Cladosporium genus. The most common are C. elatum, C. herbarum, C. sphaerospermum, and C. cladosporioides. These fungi are the causative agents of skin lesions, keratitis, nail fungus, sinusitis, asthma, and pulmonary infections.  Acute symptoms of exposure to Cladosporium are edema and bronchiospasm, and chronic exposure may lead to pulmonary emphysema.

Aspergillus
Aspergillus is the most common genus of fungi in our environment (it especially likes to grow on corn plants) with more than 160 different species of mold. Sixteen of these species have been documented as causing human disease. Aspergillosis is now the 2nd most common fungal infection requiring hospitalization in the United States.

Aspergillus Fumigatus
Aspergillus fumigatus. The most encountered species causing infection. It is seen abundantly in decomposing organic material, such as self-heating compost piles, since it readily grows at temperatures up to 55 C. People who handle contaminated material often develop hypersensitivity to the spores of Aspergillus and may suffer severe allergic reactions upon exposure.

Aspergillus Flavus
Aspergillus flavus. The 2nd most encountered fungi in cases of Aspergillus infection. It is also known to produce the mycotoxin aflatoxin, one of the most potent carcinogens known to man. In the 1960s, 100,000 turkey poults in Great Britain died from ingesting contaminated feed. Most countries have established levels for aflatoxin in food. However, the risks associated with airborne exposure are not adequately studied and no exposure standards exist.

Aspergillus Niger
Aspergillus niger. The 3rd most common Aspergillus fungi associated with disease and the most common of any Aspergillus species in nature due to its ability to grow on a wide variety of substrates. This species may cause a “fungal ball”, which is a condition where the fungus actively proliferates in the human lung, forming a ball. It does so without invading the lung tissue.

Fusarium
Fusarium spp.,common soil fungus and inhabitant on a wide array of plants, this fungi is often found in humidifiers and has been isolated from water-damaged carpets and a variety of other building materials.  Human exposure may occur through ingestion of contaminated grains and possibly through the inhalation of spores. Fusarium spp. is frequently involved with eye, skin, and nail infections.

Trichothecene Toxins
Several species can produce the trichothecene toxins which target the circulatory, alimentary, skin, and nervous systems. Vomitoxin is one such tricothecene mycotoxin that has been associated with outbreaks of acute gastrointestinal illness in humans. Zearalenone is another mycotoxin produced by Fusarium. It is similar in structure to the female sex hormone estrogen and targets the reproductive organs.

These fungi have been isolated from patients with keratitis, ear infections, pneumonia, endocarditis, peritonitis, and urinary tract infections. Penicillium infections are most commonly exhibited in immunosuppressed individuals.

Conclusion
In conclusion, during the digestion of substrates, fungi secrete enzymes into nutrients in order to break down complex compounds into simpler compounds that can be taken up by the fungi and used as nutrition.  These digested nutrients produce secondary metabolic byproducts called mycotoxins that are released to give the fungi a competitive edge over other microorganisms and fungi. Unfortunately, mycotoxins can also be toxic to humans causing a variety of responses including cold/flu-like symptoms, sore throats, headaches, nose bleeds, fatigue, diarrhea, dermatitis, and immune suppression. Some mycotoxins may also be carcinogenic and teratogenic. Molds that have been known to potentially produce these toxins are Acremonium, Alternaria, Aspergillus, Chaetomium, Cladosporium, Fusarium, Penicillium, and Stachybotrys.

Even though these molds may potentially produce mycotoxins, they will not do so unless specific environmental conditions exist.  Currently, it is unknown exactly what conditions promote the growth of mycotoxin production and more scientific research needs to be conducted on this topic for it to be fully understood.

Landis Roof Cleaning can help with all of your roofing needs.
Plus, we'll tackle any repairs.

Over 20 years experience as a Commercial & Residential Roofing Contractor.